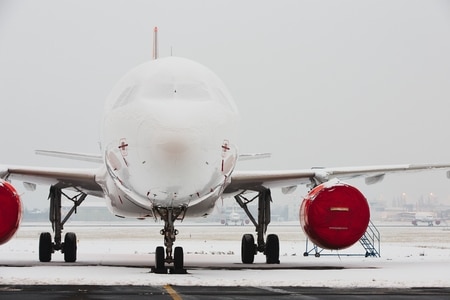 Cancellation of Ryanair flights, compensation and damages. What are the rights of passengers?

The question has become very topical in light of the events of September 2017 that led to the announcement of the cancellation of about 2000 Ryanair flights, including hundreds of domestic Italian routes. This means agitation, disservice and confusion for tens of thousands of travellers and consumers who use Ryanair flights, not only for tourist purposes but also for work and family needs.

Leaving aside some political and economic considerations, it emerges that Ryanair, despite holding a dominant position in Italy and Europe in terms of routes and turnover, conducts a company management so “competitive” as to conceal major gaps in communication and coexistence between the partners.

In addition, it is questionable how the announced massive cancellation of flights, at such short notice, did not encounter major obstructions by the Italian authorities.

Such a cancellation appears, ultimately, a solution dictated only by market logic and profit regardless of the enormous prejudices in terms of cost that this choice involves for travellers / consumers not to mention the repercussions on the economy of airports such as Orio al Serio where Ryanair is  dominant with 90% of the routes.

What are the rights of passengers in the event of cancellation of a Ryanair flight?

It should always be pointed out that according to the sector’s legislation, Reg. EC 261/2004, passengers suffering a flight cancellation have the right to choose between reimbursement of the ticket price and a new flight. Regardless of the choice, the passenger has the right to monetary compensation from € 250.00 up to € 600.00 depending on the mileage range covered by the flight (the ranges are divided as follows, up to 1500 km; from 1500 to 3500 km; over 3500 km).

It should be pointed out that the reasons for the cancellation, which, according to the information provided by the Company itself, are due to a shortage of staff, fall within organisational circumstances which, according to the case-law of the Court of Justice of the EU, cannot exempt Ryanair from paying compensation to the passenger.

In the event of cancellation of the flight communicated without due notice, the passenger will always have the right to “so-called ground assistance” pursuant to art. 9 of EU Regulation 261/2004, which provides for the passenger’s right:

to meals and refreshments in reasonable relation to the length of the waiting time;

– if one or more overnight stays are necessary

– if an additional stay, in addition to that planned by the passenger, is necessary;

transport from the airport to the place of accommodation (hotel or other).

In addition, the passenger has the right to make two free telephone calls or to send messages via telex, fax or e-mail.

In addition, it is worth noting what stated in the previous articles (Delayed flight and compensatory damages), i.e. that in case of cancellation, the passenger is entitled to compensation for further damages such as, for example, the hotel, the car hire, the connecting flight with another airline that could not be utilized due to the delay.

Therefore, the staff of Avvocatoviaggiatore.it, in addition to making available to all passengers, in the dedicated section (flight refund form) the complaint form to obtain reimbursement and compensatory damages in case of cancellation of the Ryanair flight, is available for a free evaluation of the case in the following form: